Many dog owners decide to pursue alterations, which are often routine surgeries. There’s a lot of information out there meant to sway pet owners in both directions. Breeders and adoption coordinators at shelters often have rules in order to adopt or purchase a dog. Up until recently, many people believed that all dogs should be altered before six months. But, according to new research, this is not the case. Here we take a look at health risks and behaviors for small/large female and male dogs . Then we ask the important question – when should you spay/neuter your dog?

Spay: An ovariohysterectomy is the removal of the female reproductive system (Ovaries, Uterus, and Uterine Horns).

Neuter: A castration of a male dog involves the removal of the testes.

All veterinarians will likely suggest that small breed dogs be spayed and neutered around six months. I also do not see any benefits to waiting with a small dog, thus, I agree with the AAHA (American Animal Hospital Association).

For small females, it’s highly recommended to spay them before their first heat cycle. This will save you a lot of hassle. A female puppy will go through its first cycle around six months. Their vulva will swell and start to bleed and they will start to vocalize more and change in personality. This will continue to happen every six months and will prevent you from socializing at the dog park and/or any other places.

If the female is intact for a long time, she will have a higher chance of developing mammary tumors and be much more difficult to spay down the line. There is also a chance that your intact female could develop a pyometra, infected uterus, in the future. This is very painful (sometimes even deadly) and the surgery costs a lot more than to spay your pet.

Keep in mind that it is also very difficult for vets to spay a dog in heat. This is due to the increased blood flow to the area. So, be sure to schedule a spay right before the first heat at around six months.

For small males, it’s recommended to neuter them at around six months to prevent any learned male-like behaviors such as humping and marking. Since most small dogs are done growing and developing faster than large dogs, it’s acceptable to neuter earlier. But, remember spaying or neutering does not reduce the chance for aggressive behaviors towards people. In some incidences, it does help with aggression towards other animals in the home. Neutering in general reduces the risk of testicular cancer and prostate issues.

Altering large dogs is another story. Because their growth plates do not close until twelve to fourteen months, most of the research has focused on the lack of the hormones and growth, which causes health issues.

Depending on your vet’s opinions, large females could benefit from getting spayed a little earlier than large males. The current recommendation as of 2019 is to spay a large female dog between their first and second heat cycle (usually around ten months). However, if they’re spayed too late, they can be at risk for the same problems we see in small female dogs.

It’s ultimately up to the owner, but some large females that are spayed too early are at an increased risk to develop hip dysplasia, obesity, and cranial cruciate ligament disease. Contrary to popular belief, they are not at risk for incontinence if spayed too early.

Large males, on the other hand, should reach physical maturity before being neutered. There are many notable studies showing that large breed males are at an even higher risk for developing hip dysplasia, obesity, and cranial cruciate ligament disease than females. The bigger the dog, the longer you should wait.

It is very difficult to decide when to spay/neuter your dog. Sometimes you do not have a choice. Most animal shelters focus on reducing population and not on adopting dogs that are set up for a successful future. It’s important to find a vet who understands your puppy and makes sure he or she gets altered at the correct time. The more we research this topic, the more we figure out how to give dogs the longest life they can live. So, keep up with the information regarding your pets to give them the very best care. 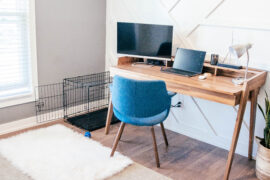 Pet Safety in the Workplace 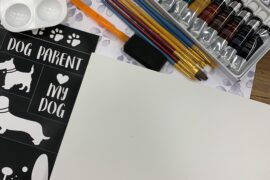 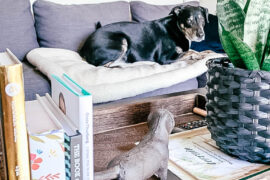